The DST Radio Communications component of the CA Gold Country Region “activates” during disaster responses to augment communications between the headquarters DOC in Sacramento and service sites. It does so by way of coordinating with our partners in the amateur radio community to “be there” when we need them to assist in moving our disaster messages when the public telecommunications infrastructure has suffered an outage from a disaster and Red Cross or public utility response teams are not yet in place.

Successful exercises lead to an ongoing program of process improvements. This report is intended to assist agencies striving for preparedness excellence by analyzing exercise results and:

Participating individual members were provided with lengthy messages in the form of text files that they were asked to send by way of radio to our region’s radio email address.

Amateur radio operators in Humboldt and Del Norte counties participated with the assistance of operators in Brookings, Oregon to relay messages into the Winlink Global Radio Email (“Winlink”) system.

As a local resource for communications, the American Red Cross is partnered with the amateur radio community and the Amateur Radio Emergency Service (ARES) by way of a Red Cross-ARRL Memorandum of Understanding. It is recognized that the ARES organization, consisting of independent units, has varied levels of training in and readiness for disaster communications. This exercise helped foster the relationship between and provide a training opportunity for the Red Cross and radio operators licensed in the Amateur Radio Service.

Due to terrain variances across the Gold Country Region, cellular telephone service varies from excellent to non-existent on a normal day. When the Red Cross initially responds to a disaster in which the public telecommunications infrastructure is interrupted, there is an inherent latency between the time when the Red Cross initially responds and when the resources for a temporary infrastructure can be set in place. The latent period can be as much as 96 hours.

The CA Gold Country Region DST communications team established the following goals and corresponding objectives for this exercise. All exercise goals were demonstrated during exercise play and ultimately accomplished. Through demonstration of these objectives, the exercise players successfully simulated an effective response to scenario events. At the same time, exercise play revealed ways that future responses could be made more effective.

The overall objective was to train ham radio operator participants and exercise wireless (radio) disaster communications between Red Cross service sites and the headquarters DOC and/or a district operations center. Meeting this goal would create resources that could be put into play during the period between when the telecommunications infrastructure suffers an outage and when auxiliary telecommunications resources (e.g., ARC DST ground stations and/or Verizon, AT&T, or other provider response responses) are brought to bear.

End results of this exercise were anticipated to have provided radio operators with:

Through the exercise, several opportunities became apparent for further training for those amateur radio community members who are interested in supporting Red Cross disaster communications.

In advance of the exercise, the amateur radio operators who indicated interest in participating were sent an exercise plan. This plan included the nature of the Red Cross messages they would be provided (text object files created by the “flmsg” utility) and the email client, that is, Winlink, and email address to which we wanted the messages sent. In a few cases, the participants were unfamiliar with Winlink or how to attach a file to a Winlink email message.

It is apparent the amateur radio community interested in supporting disaster communications be afforded training opportunities to:

A couple of the flmsg forms used in the exercise (Parts A and B) were found to be defective due to some mis-coding of the HTML used in their creation. Unfortunately, these forms have been deployed throughout the CA Gold Country Region and will need corrective action that will necessitate recall of the flash drives in the disaster trailers and sending (via email) revised forms with instructions to the Disaster Program Managers and DOC management staff.

Radio Communications in the CA Gold Country Region can be particularly challenging due to extreme variances in geological topography, HF propagation conditions, and availability of VHF and UHF radio repeaters (both induvial and linked).

At approximately 0830 hours on the day of the exercise, participants were sent the Red Cross messages to their personal email accounts. These messages were intended as virtual flash drives to simulate what they might otherwise be handed at a Red Cross service site.

At approximately 1030 hours an inject message was sent to participants for forwarding to the Sacramento DOC.

This section of the report analyzes how well the participating amateur radio operators in the region achieved the expected outcomes in their response to the scenario simulations. This analysis focuses on outcomes rather than processes. The mission outcomes are actions that CA Gold Country Region disaster management might expect from both DST radio communications volunteers and our partners in the amateur radio community.

Most of the participants were Amateur Radio Emergency Service members of various skill levels and training. Others, notably, in the NW coastal counties were radio club members, unaffiliated with ARES, were interested and self-trained for disaster communications. Without their direct involvement with personal communications equipment this exercise would not have been possible.

This exercise is the second in this reporter’s tenure (6 years) with the Red Cross CA Gold Country Region). The first was Operation Pineapple an exercise in 2015 shelter in which nine shelters were opened from mid to the southern boundaries of the

region. Though amateur radio was not a planned participant for the exercise, the ARES community was invited to participate. Operation Pineapple demonstrated that communications exclusively over voice circuits could not be relied upon to accurately and dependently manage Red Cross disaster message traffic.

Over the ensuing years communications over digital circuits has been emphasized. Certain Red Cross disaster forms, otherwise available on the Exchange repository, were identified as important for managing certain messages of such priority or urgency that they would need to be communicated regardless the state of the public telecommunications infrastructure. Due to their inherent size as Microsoft Word and PDF files, these forms would require an inordinate amount of time to transmit and receive. To solve this problem, the facilities of the flmsg application were exploited to significantly reduce, by nearly an order of magnitude, to transmit and receive over a digital radio circuit.

The participating radio operators demonstrated a high degree of resource (both personnel and equipment) availability, to assist the CA Gold Country Region in moving disaster-related messages from service site point of origin to the Red Cross DOC in Sacramento.

Using the skills proficiency in their craft, these operators further demonstrated with a 100% degree of success the ability to send the messages given them to destination email addresses. Admittedly not all operators involved were proficient using the flmsg application and Winlink together, or in some cases individually, or in the use of the fldigi application. It is in this latter area that further training and practice will hone these skill sets so that we will better be able to depend on them as valuable partners. 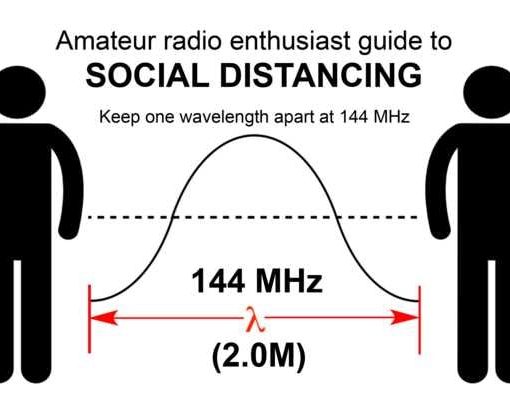 Links to every FEMA NIMS & ARRL on-line course of interest to ARES. If you get into this do the ARRL EC-016 last – […] 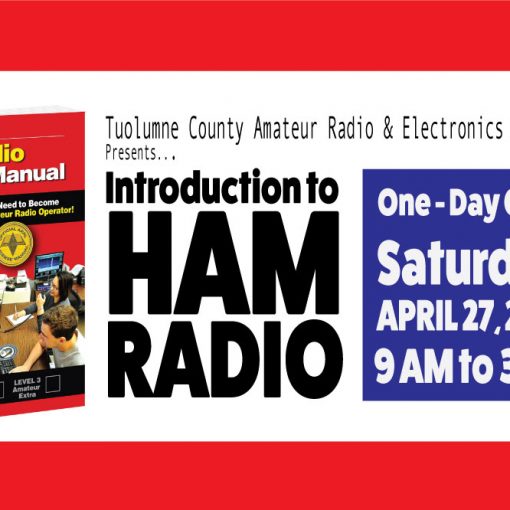 DOWNLOAD FLYER HERE Have you ever wondered what Ham Radio is all about? Come to this FREE Saturday workshop to learn about […] 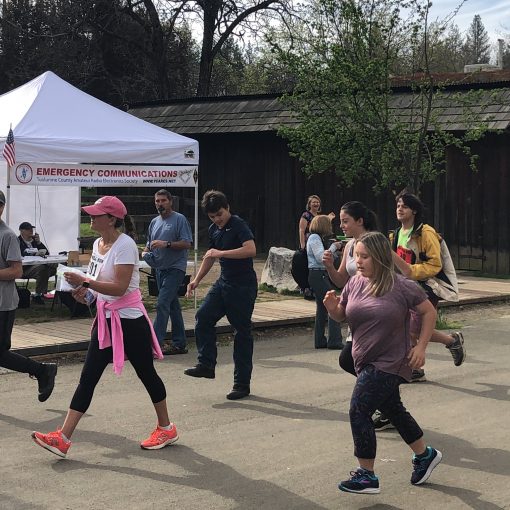 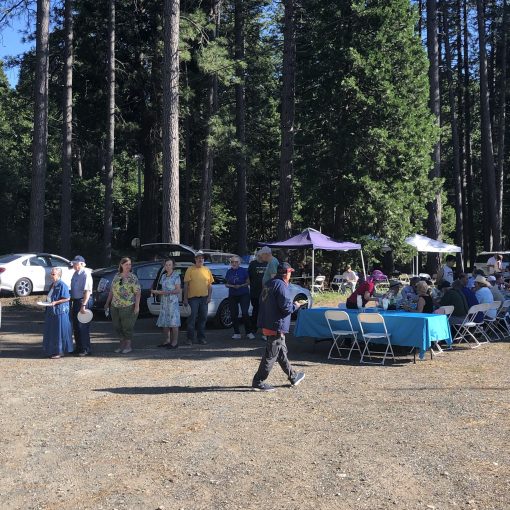